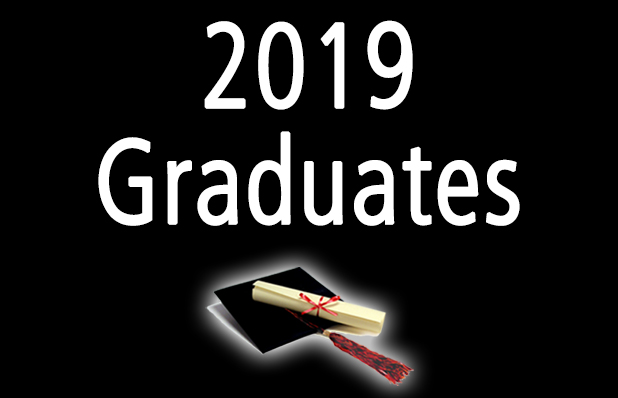 Noah Chow is the son of Kingston Chow. He will be graduating from Hempfield High School on June 5. Noah was part of the Unified track team at Hempfield, running the 800 meter, 4x400 meter relay, and long jump. In the fall he will be enrolled in Beyond the Classroom, a life skills program. He will then transition to Career Training Center.

Greyson King is the son of Wendel & Candi King. He will graduate from Manheim Township High School on June 5. Greyson played soccer at Manheim Township and was named an all-star this past season. He will be attending Muhlenberg College this fall majoring in business/finance and also play soccer.

Charles Lumene is the son of Jean & Edelyn. He will be graduating from Warwick High School on June 11. Charles played football, wrestled and ran track at Warwick. This fall he will be attending Thaddeus Stevens College of Technology majoring in masonry.

Paul Peachey is the son Michael & Jana'. He is graduating from Lancaster Mennonite on June 1. He participated in the mission trips to Mexico and Boston. He attended the youth convention in Orlando and will be attending the convention in Kansas City this July. Paul is part of the youth leadership team and plays drums for one of the worship teams here at Neffsville. At LMH, Paul played soccer and volleyball, and was named an all-star in both sports. He is also a member of the Campus Chorale. He works at Fox Meadow Creamery. This fall Paul will be attending Geneva College, majoring in Accounting and will also play soccer.

Kyle Robbins is the son of Kain & Kim. He will graduate from Hempfield High School on June 5. He participated in the mission trip to Mexico and also attended the youth convention in Orlando. At Hempfield he was a member of the robotics team. You can see one of their projects on the tables. He works at Wegmans in the produce department, and was honored to receive a scholarship through the store. Kyle will be attending Penn State main campus this fall. His major is still undecided.

Hunter Rohrer is the son of Dwight & Jenny. He will graduate from Lancaster Mennonite High School on June 1. He participated in the mission trip to Mexico & Boston. He also attended the youth convention in Orlando and will be attending the convention in Kansas City this July. Hunter is part of the youth leadership team, and also runs sound here at Neffsville. At LMH, he was part of the Tech team and in FFA. He works at Brook Lawn Farm Market. He will be attending Messiah College in the fall, majoring in Digital Media.