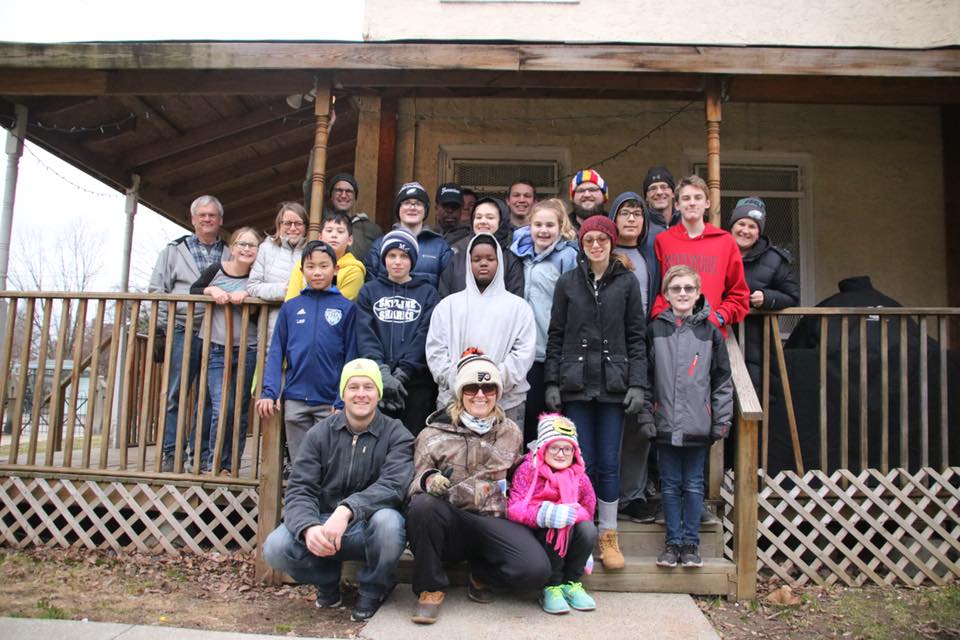 What do Hurricane Sandy, Atlantic City, and Neffsville Jr. High have in common? The answer is found in one of the ministries in which our Jr. High youth worked when in Philadelphia February 15-19, serving with City Service Mission. The mission, known as CSM, was established in 1988 to create a bridge between suburban youth and urban centers in the United States. Their focus is on giving youth groups and churches a life changing short term urban experience.

The common thread between a hurricane, a city, and our youth is the Philadelphia Furniture Bank, which provides furniture to formerly homeless people as they move into a house or apartment. The bank gets their furniture through donations, which is where Atlantic City and Hurricane Sandy come in. The hurricane destroyed the first floor of a hotel in Atlantic City, who then donated the furniture of the remaining floors to the furniture bank. This is one way good comes out of a natural disaster. Our Jr. High youth moved between 75 and 100 pieces of furniture - mostly chairs and sofas - in the three-story furniture bank warehouse using a conveyor belt between floors and dollys on the same floor. This was just one of the ministries with whom we served while in Philadelphia.

We also served meals to the homeless, played games with the residents of a nursing home, cleaned a street in Germantown, hung out with children at an after school program, and worked at Theatre 7000, a Bible-based theatre that trains youth in performing and creative arts.

Another highlight was participating in a prayer drive led by our City Service Mission hosts. While driving through the city streets we were made aware of the differences between the wealthy and the poor areas in the city. We would often stop and pray at different areas of the city.

Our youth were the hands and feet of Jesus this weekend. They showed Christ’s love as they served. What a blessing it is to watch youth love Jesus. Thank you for your support of our youth, which allowed them to experience being a part of what God is doing in Philadelphia.

Join us Sundays for worship at